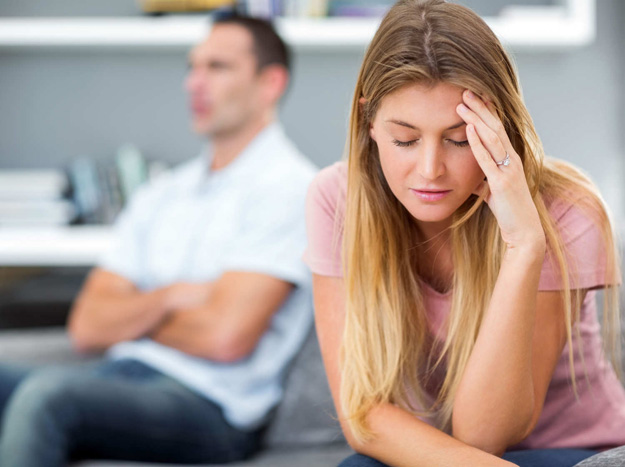 They endeavor to control your time and expect you to revolve your life around them. They don’t like you making independent plans with your friends and family if they are not included they will often belittle and embarrass you in front of others. They can also be very intimidating and can control you through unreasonable jealousy, having a tight rein on finances or constant antagonizing of your whereabouts.

They are unable to see your perspective and often undermine you by focusing more on your negatives rather your positives. They are constantly blaming and criticizing everything you do. It often starts on a low key level and escalates over time forming a downward spiral of resentment. Toxic people pick on your personality by putting your character down rather than the behaviors. They are rarely focused on improvements and solutions, more so on belittling and making others feel there is something wrong.

They project false emotions onto you of what is actually going on inside of them. Projection is a psychological defense mechanism which is triggered when traits they find are unacceptable and recognized in themselves are projected onto you.

They put their nose in other people’s business, desperately gossiping and always trying to get a reaction.  Where there isn’t drama they will try to create it wherever they go. The excessive attention seeking is a clear sign of a toxic personality as they have developed a belief system that it is necessary to go to extreme lengths to get attention regardless of other people’s feelings.

Even if you catch them out on their lies and have clear evidence they are lying, they will try cover up the lie with yet another lie. They don’t actually understand the difference between the truth and the lie because they have told so many. They are often incredibly skilled at lying as they have to constantly keep up with their twisted stories. They often like to manipulate you into doing exactly what they want or to get out of trouble.

Gaslighting is the act of using slow manipulation to wear you down over a period of time. It makes you feel that you’re the one who is losing their mind. It is a malicious and subtle form of mental and emotional abuse used to create self-doubt and take power. Gaslighting is often calculated and persistent.

Whether they are shouting hateful and hurtful words at you or lashing out violently by throwing things, they are unable to control their anger and have can have an outburst at any moment over the smallest of inconveniences.

To the outside world, they are charming, kind and likable yet behind closed doors, they constantly belittle and manipulate you. It starts to make you question yourself as to why you’re the only one who can see their negative traits. What you have to remember is their dysfunctional past and their relationships with others are superficial as they are great at ‘playing the game’ and pretending. This will help bring you back into an equilibrium.

The dangers about being in a relationship with a toxic person is they will spread their toxicity from one relationship to the next and it won’t just be in a romantic relationship but throughout every relationship in their life. Being involved with a toxic person can leave you feeling drained, depressed and depleted. Losing your confidence and having your mind twisted is exhausting. There’s no fixing a toxic relationship as the person you’re trying to have this type of relationship with is not going to lose all of the toxic traits as most won’t own they have them. These 9 signs I have discussed can’t be part of your everyday life if you are to maintain self-respect and self-worth. The best advice I can give you is when you’re in a toxic relationship is…GET OUT! Recognise you’re in one and that you can’t do anything about it no matter how much to admire or love this person. The toxicity is going to spread throughout other areas of your life. Be strong enough to walk away.

Lastest from the blog…